Get fresh music recommendations delivered to your inbox every Friday.
We've updated our Terms of Use. You can review the changes here.

from Cooper52 by Ardie Collins 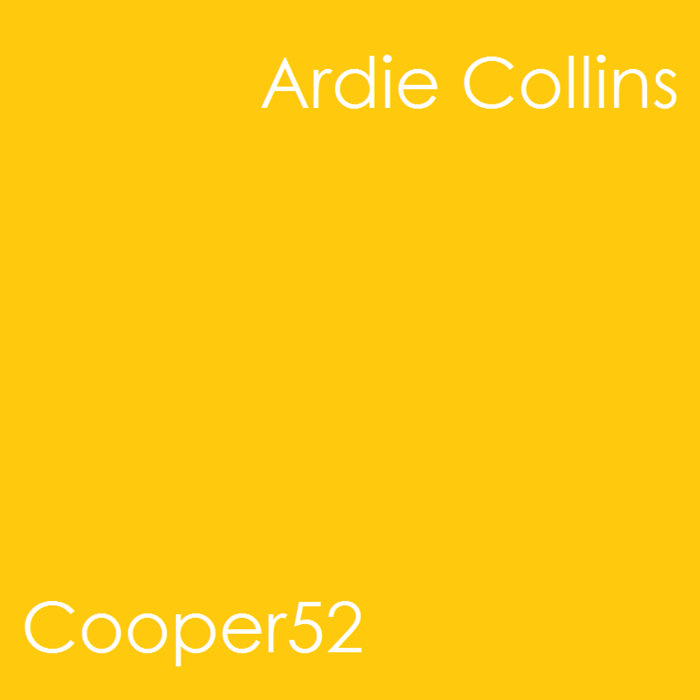 Any money made from purchases of this track will be donated to The Refugee Council (www.refugeecouncil.org.uk/donate)

You didn’t quite nail it back in 2010
But it looks as though no one stole Christmas again
Now it’s gone beyond a bad cracker joke
Saying you represent ordinary folk
And I’m pretty safe for now, I’ll be all right,
‘Cause I’m nobody’s scapegoat, mostly ‘cause I’m white
And I hate to use Christmas, we’re better than that
But since it’s tradition, an old-fashioned spat
Politically correct is better than spite
It’s no more than small talk, it’s only polite
If you struggle to keep up with what is best said
Then let’s struggle with lightbulbs or else pre-sliced bread
‘Cause it’s just about progress, it isn’t a trick
So find out what’s right then you won’t look a dick
And if all that’s a bother, then just plain admit
That you’d rather be racist, it gives you kick

Can you find it in your heart
To spread some Christmas cheer?
And we’ll wake up to find out you’re no longer here

A different opinion is all well and good
And while we’re on facts: repulsive’s a word
We live on a planet that’s so sick with us
And it doesn’t care if you’re gaining some trust
Responding to science with such flippant ease
Is like learning Spanish by ironing your knees
I hope there’s a clandestine motive at least
Either way, goodbye, Earth. Rest in peace
And fear is a currency best slipped in slow
Veiled behind language you carefully chose
I know that this all seems a bit on the nose
I prefer brevity over verbose
But since this is Christmas I got you a gift
It’s a pat on the back for your stiff upper lip
For the brave way you say just what everyone thinks
For being deluded and tiresome old gits

And Merry Christmas, UKIP
What a year we’ve seen
I hope that Santa knows what good kids you’ve been

You say that you care but you're making things worse
You might think it’s well-meaning, but so is a hearse
Even that's too much credit, can't stomach the bile
And your rhetoric's rancid, your vigour is vile
But still, Merry Christmas, good will to all men
And women as well, no we can't forget them
And it might seem like schmaltzy, impractical stuff
But I think the world functions better on love
And people are people, with lungs and with blood
And since money talks, it doesn’t listen enough
You’re chasing nostalgic, intangible hopes
That only exist in children’s books tropes
And you’re feeling threatened, you’ve suffered enough
While people fill streets up with Christmassy stuff
Gone are the days where we smiled and then scoffed
In the nicest sense of the phrase, please fuck off

Can you find it in your heart,
To spread some Christmas cheer?
And we’ll wake up to find out you’re no longer here
And Merry Christmas, UKIP
Another year gone by
I hope that Santa gives more to the rich kids this time
I hope our border guards shoot his sleigh from the sky

I'm a songwriter from Cardiff, Wales.